"Where the Trees Belong to the Clouds" 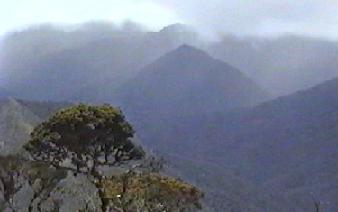 Overlooking the cloud forests of the Yamala area

The cloud forests existing in the Saraguro area today are mostly located along the continental divide at elevations between 2800 and 3100 meters. As the name implies, they are characterized by frequent cloud cover as well as precipitation. Temperatures are usually cool although they almost never reach as low as the freezing point.

A large variety of birds, including the andean toucan and mountain turkey, and several kinds of small parrots, are present in the cloud forest. Bromiliads and small orchids crowd the branches and trunks of trees, along with mosses and lichens. Mammal life of any size is rarely seen in the dense cover of the forest. Among the large mammals present are the puma, the endangered spectacled bear and the likewise endangered mountain tapir. Saraguros claim that pumas and spectacled bears have been known (very rarely) to take sheep or cattle in the region. Some have also claimed that locally, there are two kinds of bears, the oso ganadero (a larger bear that takes cattle) and the oso achupallero (a smaller, achupalla-eating bear [the achupalla is a spiny terrestrial bromiliad found mainly in high, unforested areas]). Tapirs are rarely said to be dangerous to humans or domestic animals. However, we know one Saraguro who was slightly injured by a tapir when he attempted to drive it out of a potato patch in the mountains.

In most of the area, cloud forest trees seldom exceed 15 to 20 meters in height. In some favored, sheltered areas, at lower elevations, trees can grow as tall as 30 meters. Podocarpus (Prumnopitys) sp., (Andean conifers--known locally as romerillo and mullón) are among the largest trees of the cloud forest. In addition to coolness, relatively high altitude, and high levels of moisture, key features of the cloud forest include, 1] heavy epiphytic burden (bromiliads, orchids, mosses, lichens, etc.) on the trees, 2] the presence of tree ferns up to ten meters tall, and 3] extremely dense undergrowth.

Dense undergrowth, when combined with the usual steepness of the terrain where cloud forest is found, make this one of the world's most difficult areas to travel off-trail. It can easily take several hours to bushwhack only a mile in most areas. A Saraguro account of tapir hunting that took place many years ago provides a good illustration of cloud forest travel dificulties. Tapir hunters used dogs to track down and corner tapirs. For a portable hunting weapon they carried a large knife and some rope. When they got to where the dogs had a tapir at bay, they would use the knife to cut a spear shaft, and use the rope to attach the knife to the shaft. With luck they would then kill the tapir. The point is, it would have been much too difficult to move rapidly through the cloud forest with a long object in hand. Finally, we might note, the difficulty of off-trail travel in the cloud forest is probably a major factor in keeping the mountain tapir and the spectacled bear among the least known animals of their size in the world. (How many TV wildlife specials on either one have you seen on TV? If your experience matches ours ... none.) 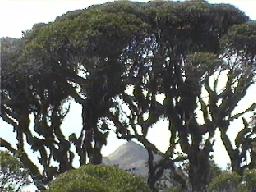 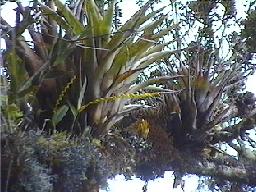 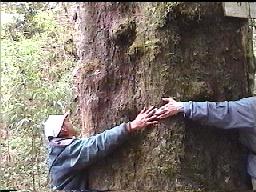 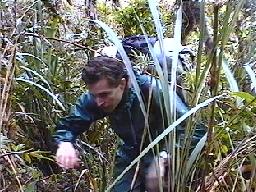 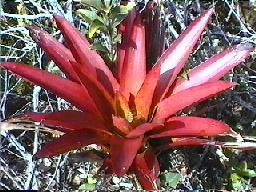 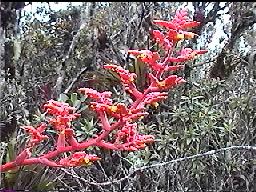 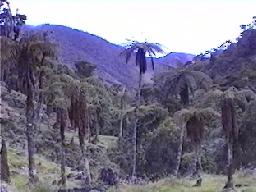 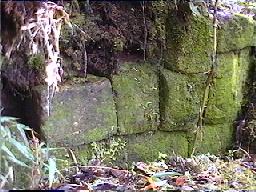 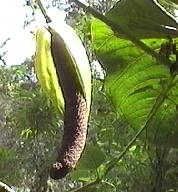 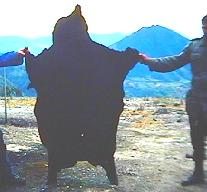 In the 1960s we were told that many years previously the Saraguro region had looked a lot like the "Oriente" (the tropical forest lowlands to the east of Saraguro)--with "trees all around." During the twentieth century much of the cloud forest in the area has been cut to provide timber, firewood and other forest products mainly for local use, and to provide new land for the grazing of cattle and the raising of a few cool-climate crops such as potatoes.

Interestingly, the clearing of forest (especially between 2600 and 2800 m. in elevation) revealed human use of the area hundreds of years prior to the twentieth century. Many slopes had been terraced (some with rough stone facing) for both agricultural and residential use. In the Cañicapa area a series of small, narrow human-made ridges were found to underlay forest cover. It was not unusual for Saraguros to find stone axes and broken pottery in areas being cleared. And the ruins of two Inca stone structures, lying exactly on the continental divide to the east of the Loma de El Oro, were until recently almost completely obscured by a dense cover of trees, bushes, mosses and lichens. Exactly when and why people first extensively used the cloud forest of the region and then left it, is not known.

Even in the 1960s, many Saraguros were concerned about the loss of forest cover--in the highlands as well as in the tropical forest lowlands to the east that they had been in the process of occupying. They noted that forest not only protected the land itself, but also, they claimed, when forest was removed, rainfall would diminish. As one Saraguro friend put it, "the trees belong to the clouds" (los árboles pertenecen a las nubes). If the trees are cut down the clouds will go away and it won't rain any more and everything will dry up.

Beginning in the 1980s, the widespread substitution of bottled gas for firewood for cooking has probably been very important in slowing the rate of cloud forest destruction in the Andes (although bottled gas did not have much effect on conversion of forest to pasture). Recent steep rises in the price of gas may therefore have serious consequences. Worried about the destruction of the forest, members of several Saraguro communities have recently acted to preserve sections of their cloud forest lands held communally. A notable instance of this has been the establishment of the Bosque Natural Huashapamba (the Huashapamba Natural Forest). We also heard some talk in 1998 that in order to protect the water supply of the city of Loja, provincial officials and the Ecuadorian government were considering creating an extension of Podocarpus National Park into an area near Tambo Blanco to the east of Saraguro.