Less than forty direct kilometers to the west of the town of Saraguro --but still within the political boundaries of the cantón (county) of Saraguro--elevations drop to as low as 900 meters (3000 feet). This area is the valley of the Río Jubones and its tributary rivers (the León, the Paquishapa, the Tenta, the Uchucay, and, from the province of Azuay, the Rircay.) In spite of frequent cloud cover, temperatures are higher and rainfall is lower in this area than it is around Saraguro.

The Jubones valley is a desert region with a sparse covering of xerophytic vegetation including various cactus species and thorny mimosa trees. Agriculture is possible only in irrigated areas and in small patches of flood plain. Donkeys and goats, set loose to wander rough terrain in search of whatever forage they could find have probably contributed much to the desertificaiton of this region.

Few indigenous Saraguro people have lived in this area within memory (the twentieth century) although a small number of Saraguros from such communities as Gera and Cañicapa, worked some land in the upper, eastern sections of the Jubones desert. And before the first motor road came into Saraguro in the middle of the century some Saraguros traveled to the Jubones desert to trade--especially for tropical fruits such as oranges, and for sugar cane. 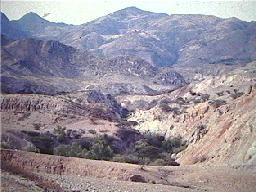 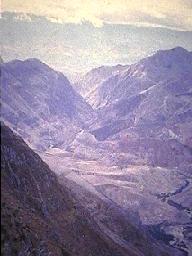 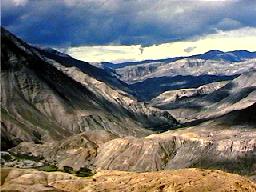 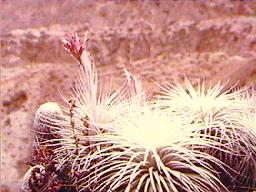 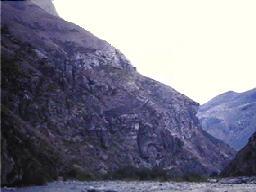 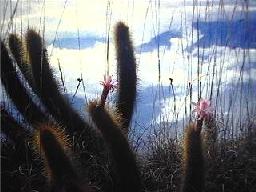 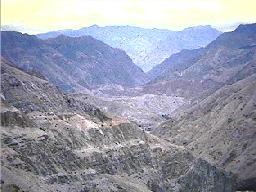 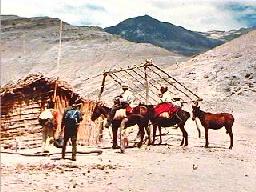 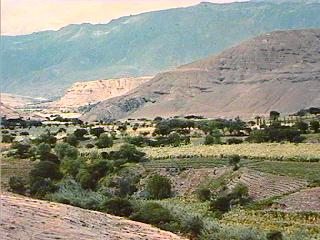